Above the pain barrier

All of them adored and talented, with a pedal to the metal, live fast die young, rock and roll stick-it-to-the-man coolness, bruised, bloody, and tattooed with fingers up in horns, shouting their attitude out with swear words.
All cops are bastards and they did things their own way, gnarly and dangerous...
But make no mistake, they still really loved their mums.

“Skateboarding saved my life” are words spoken by countless men before us, just a quick google search proves how far the adage stretches. An undoubtedly true and sincere statement paying tribute to a community that has brought joy and meaning into our lives. But when there are problematic elements outside of the activity that threaten to take away our loved ones, how can we ensure that skateboarders ourselves, even unintentionally, become the life savers?

There can be no denying that in recent years there has been a huge upturn in the public focus on people’s mental health struggles. It’s a problem that so clearly runs very deep in our global society and probably far deeper still. Campaigns encouraging people to speak out about hidden afflictions continue to push the idea that to talk is to heal, or at least relieve, the pain that so many battle on a daily basis. Every time a public figure takes their own life there is an inevitable outpouring of love and despair - words to the affect of “You never know who’s suffering so be kind always” “If only they’d spoken out maybe they’d have got the help they needed” or, more pertinently, “If ever you need someone to talk to I’m here for you” - usually written to nobody specific, attached to an RIP link on social media.

But herein lies a serious issue - while the word the campaigns spread are vital and positive, it would seem that not so many individuals are heeding their own words of support. There is absolutely no doubt that talking openly about a subject as delicate as depression, for example, is a conversation that could be uncomfortable for either party involved - it remains a taboo subject for the vast majority of people including some of those who state they’re willing to listen. For those at the ‘healthier’ end of the spectrum who often have no understanding of the mental chasm that is depression, they will always offer a hand because as is human nature they don’t want to see others suffering, or of course want them to suffer in silence. There is no problem with where the message comes from, but are we as a society prepared for what that conversation will entail if and when it finally comes? Do people really know what to say or how to support someone who has all but given up following years of not entirely successful treatment behind closed doors?

What often surprises people is to hear of how little emotion you feel when depressed, how it is not just being sad a lot, but not experiencing any feeling at all. It’s becoming common knowledge now that a simple “It’ll be alright mate”, “Cheer up, it’s a sunny day” or “plenty of people have it worse than you do” is like trying to mend a broken window with pritt-stick, but the fact statements like these are still so regular suggests that the general understanding of depression is severely lacking. How do you try to explain to somebody that funerals provoke no tears, the grip of a new born baby brings no joy, your favourite band becomes just a noise? The hobbies you are most passionate about become chores and even sex and intimacy is often cringeworthy and unwelcome. Importantly, you know as it happens that this is not the right way of feeling, yet you believe you are seeing clearer than ever what the world around you has to offer - and that is nothing. It is not permanent sadness, it is emptiness and indifference. The scale of happiness is not down at rock bottom, but rather the scale does not exist at all.


Those who offer their hand in support often don’t realise that you know at all times that what is going on in your head is not what’s supposed to happen. But it is a state of existence that seems impossible to alternate from. When you wake, the task of making breakfast has been dissected by your brain into removing a bowl from a cupboard, walking all the way to the cereal, pouring it, having to open a drawer to find a spoon, and then there’s the hike to the fridge to get some milk and my goodness you can be damn sure that having to take the milk all the way back again is a mountain you could do without conquering, and all this before we’ve even considered the effort of chewing and swallowing?! All this, while the world around you just ‘has breakfast’. Daily life becomes an act - from greeting people entering a shop, to family dinners, to socialising with your best friends, there is a mask in place that has been tailored over time to perfection. “But he always looked so happy” “She was one of the funniest people I’ve ever known” “They’re the last person I expected this to happen to”. It is maintained over long periods of time with an ability greater than most performing in Hollywood films, to convince your nearest and dearest that you are enjoying singing along on the day trip in the car, and not, in fact, studying every sharp turn in the road or every steep drop passed along the way.

Now as creatives, as extreme sports enthusiasts, as musicians, and more to my knowledge as skateboarders, we have something that many people have always longed for, and that is a community at our fingertips. We are a family and we are proud of that fact, we should never hesitate to back our brothers and sisters to the hilt no matter what the issue may be - so in the wake of at least three high profile deaths in the skating world in the last year, why is there still such hesitance to open up to each other and tap into the network that is so often the thing encouraging us to push ourselves and to conquer battles in the search for a round of high fives, and cracking celebratory beers and cheers with the chosen family?

There is one clear and obvious place to start and that is judgement. Since the very beginning we’ve always looked upon certain skateboarders as being the best, the coolest, the bravest, the steeziest. But for every bit of steez there’s a bit of stink too (and every sport has this in abundance - it is not a problem to have your opinions and preferences providing it’s all done with love and perspective rather than hate). The attitude we have towards judging peoples ability on a board has existed since an early age and continues into our everyday lives - what is cool and what isn’t. It’s an impossible debate to explain, considering that even the tightness of jeans is such a hotly contested issue, but it’s one that all will relate to.

Maybe it is that to be a skateboarder in itself is to continually get up after a fall. Arguably the most endearing trait to every extreme sports athlete in the world. Constant, relentless, painful, tedious, punishing, niggling imperfections that must be ironed out, but not after slam upon slam upon slam, countless cuts and scratches, shinners, rolled ankles, an abundance of physical, visible injuries, before eventually executing a trick perfectly, rolling out with pride and relief, it takes time and dedication and more than anything it takes determination to better yourself and conquer the obstacle in your way. To achieve the satisfaction that lies beyond. Some days it comes first try, effortless, batted away like a fly in summertime. Others it takes blood sweat and tears, running back up the stairs only to throw yourself back down again, needlessly apologising to the camera men and exclaiming “this is the one” when you know it may not be, but the belief is there, hour after hour, before executing perfectly, as if it were easy.

To consider that inside your own mind there is an obstacle that feels impossible to overcome, like standing at the top of el toro as the stairs extend further and further into the distance until you see no landing, how do you tell your peers that you don’t think you have this one? You’ve jumped down bigger staircases and you’ve taken some pretty nasty falls, as have they, you got back up then… but this is different. You can’t just pop over a disease. The assumption could be that those around you are so hardened to physical pain that an issue inside of your head would be deemed child’s play, or comparatively small-change and laughable against the broken bones, concussions, and surgeries of days gone by. They won’t understand, they’re tough.

It seems stupid and unlikely to think that if somebody you loved felt this way, you would react by dismissing the issue or belittling it, but when you have seen countless people express bravery and determination to execute tricks against all odds, and yet it remains impossible to summon the belief that you can adjust your own state of mind, it becomes easy to see how so many see the only option as being to turn away from the battle altogether, without mentioning or knowing that they just needed the encouragement that we dish out on a daily basis.

So let us consider this - no matter how battered and bruised we are, there are injuries deep inside many of us that cannot be seen, and to suggest that we would not be there to support our peers may seem ridiculous, but unfortunately there is only one way to prove you’re there for the ones you love. Abandon all stigma around discussing mental health issues, bring it up in passing conversation like it were a football score, normalise it.

We have proved as a community time and time again that battles are there to be won, and won together. So many of us would have walked away from tricks in the past if there weren’t a crowd of mates looking on, throwing shouts of encouragement and genuine belief and excitement to achieve in our direction. Let that be the attitude we take towards battling the mental health of our friends in seemingly tough macho communities, don’t just say “You can talk to me”, start the conversation. Believe that these invisible issues have never been more serious than now, we have never needed to pull together on an emotional level as much as we do in this moment, stem the cool guy attitude enough to make room for these discussions, or else there will be more names on the list of people who will never grace our magazine covers or dinner tables again. Pour one out for Ben, hug your friends and tell them you love them - this is skateboarding and we are all the same. Never underestimate strength in unity, because we all know so very well how powerful these words can be, and how much we would love to scream them again to those we have lost, in their time of need - 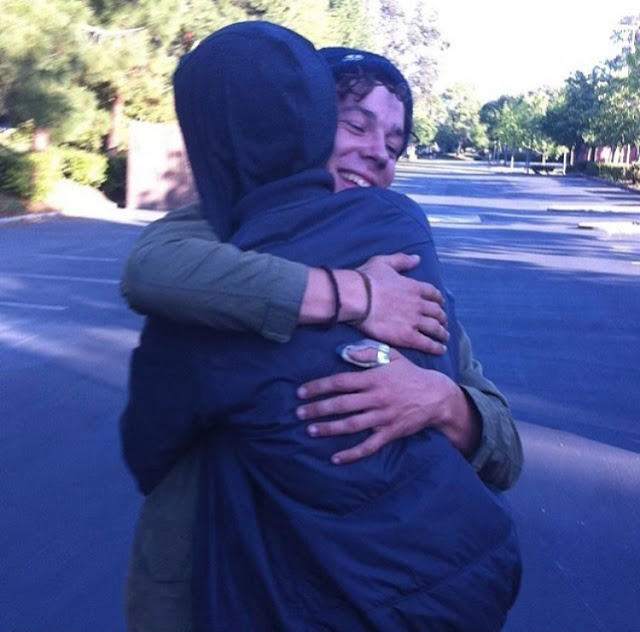 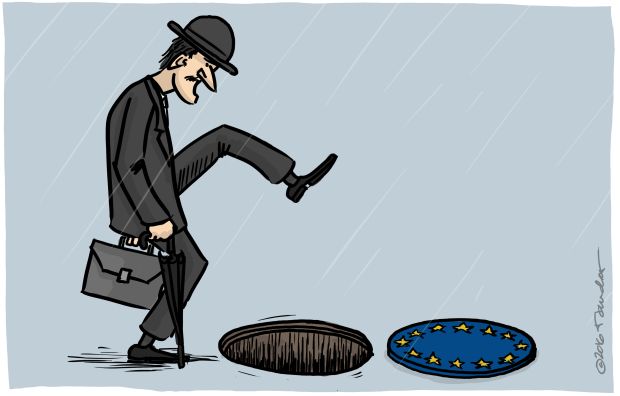 Lewis Royden
Professional photographer, videographer, and occasional writer. Co- founder of AMFAS Skateboards.
This blog is a platform to compile examples of my online and digital work, whether it be photos, videos, or writing.
I can be found on instagram and other social media @lewisroyden